Travel to all seven continents with Leglessbird! 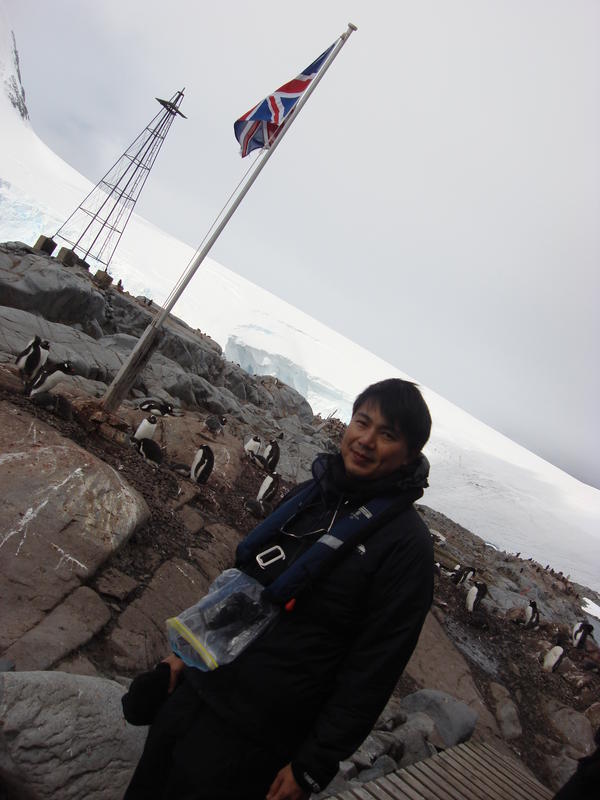 Today we saw much more snow and icebergs which for the first time made us felt that we were really in the Antarctic. First landing on the Antartica Penninsula was at Neko Bay where we saw many gentoo penninguins and I did the walk up towards the top of the hill which gave us a better way of the surrounding area. Next stop was Port Lockroy where the British research Base A was nearly 65 degree South, saw more gentoo penguins and a huge skeleton of a whale. There was also an opportunity to send some post cards at Port Lockroy but it would take months to reach its destination! Saw gentoo feeding in action and how a bird was trying to steal its food while it fed. While we were passing the Lemaire Channel, we saw two whales passing by.

Our after dinner landing was Petermann Island where we saw a colony of Adelie penguins, this was the only type of penguin that we were expected to see but had escaped us so far, because they lived further south than most other penguins. They seemed to behave in similar fashions to other penguins except they liked sliding across the snow on their belly much more than other penguins. We caught some interesting footage on camera, and they looked very cute when doing that.

We had spotted at least 4 other ships in the area and one of them looked huge, we wondered if they actually do landings at all, for it would take them hours if not days to load and unload people on usually small landing sites. Besides, I could not imagine how they could get everyone to comply with the boot washing practice and 5-meter approach limit to wildlife.
Posted by Dr Dominic Chan 陳志邦博士 at 11:40

More on About me 我的介紹